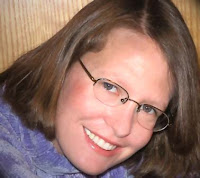 Did you know that first kiss can traumatize you?  Sara Daniel discovered that it can take a long time to recover, especially if it ends in a time out.  Thank you Sara for sharing your trauma and we’re all delighted you’ve recovered and are now channeling those memories to create wonderful stories for us.


So, come in and meet Sara Daniel and make sure to leave a comment to get your name into the drawing for a copy of Mr. Forever.
I have always been drawn to romance and love.  My first love and first kiss happened way back at the tender age of six in Ms. Nelson’s first grade classroom.  Darren was sweet with smooth, shiny, reddish brown hair and loafer shoes.  I was smitten, so I kissed him amongst the crayons.  Sadly, my passion was too much for poor, unsuspecting Darren.  He burst into tears, and Ms. Nelson gave me a time out in the hall.
It took me until fifth grade to recover.  Then I fell for a boy with curly blonde-brown hair.  I’d learned my lesson about passionate kisses in school, so we stuck to a rash of covertly passed loved notes.  All the while, I reveled in the excitement and emotion of our forbidden, fledgling relationship.
The hero of my book Mr. Forever would have been appalled at the reckless way I threw away logic and followed my heart.  He doesn’t believe in love and has no desire to experience it.  But love is going to find him anyway, and he must accept it and embrace it for his life to ever be complete.
Mr. Forever by Sara Daniel
Marriage therapist Caleb Paden has just found out he has a son from a one-night stand, making a mockery of his core belief of stable relationships--"friendship above all physical encounters." On his way to take the child for a paternity test, a snowstorm leaves him stranded with single mom Olivia Wells, who blames his advice for breaking up her marriage.  Caleb finds himself fighting the urge for the most basic of physical encounters.  Olivia would like nothing more than to destroy the career he spent a lifetime building, but her maternal instincts draw her to help Caleb bond with his child.  Soon, she finds herself falling for both of them.  Nowhere in any of his advice does Caleb have an answer for how to make a relationship work if he loses his heart to love.
Excerpt
She shoved his hand away.  "Don't give me that mellow, understanding voice.  You're not my therapist."
"I'm not trying to be.  But if there's a problem with Forever, I want to fix it."
"That's not what you want."  Maybe coming close to her wasn't the best idea.  She was livid.  "You want me to tell you something I did, so you can prove your model's perfect and I'm at fault.  Yes, my marriage failed, and I carry some responsibility.  I blame myself for reading your books and believing they held the secret to everlasting happiness."
He'd met a lot of irate people over the years.  But they were angry with their spouses, themselves, parents, and bosses.  Not him.  He was the one with the answers, the one who redirected the rage into something healthy.  "I'd like to interview you after we've both cooled down and are well rested.  We'll go through the points of Forever one by one and determine where your marriage broke down.  If any problems surface with the model, I can address them in my next book."
"I'll tell you what's wrong.  You underestimate the power of sex."  She advanced toward him.
All the physical senses he thought he'd gotten under tight rein ran wild.  Caleb backed up a step, trying to regain his control, but came up hard against the counter.  Olivia kept coming, boxing him in.  He pulled on his tie again, hoping it was knotted tightly.  He needed his tightly buttoned image to remind himself he was a professional, and his question was strictly as a therapist.  "How was the sex in your marriage?"
"Sometimes mediocre.  Usually lousy."
With the unholy gleam in her eye, he had trouble comprehending the possibility of a sexual experience with her being less than earth-shattering.  Heat radiated from her.  His body was dying for her to lean her hips into his.
"How's your sex life?"  She reached up and unknotted his tie with deft, sure fingers.
"Good enough," he lied.  Too late he realized she'd broken the wall of one-way revelation he always maintained.  Even with his lie for an answer, she'd drawn him in and was consuming him with sexual fantasies.
"Since you're judging me, I ought to get a chance to judge your statement for myself."  She yanked the tie, sliding it out from under his starched shirt collar and heating the back of his neck.
"Stop it."  He was unnerved to find his voice wasn't quite steady.  Women who wanted to be part of his life wrote letters highlighting the benefits of friendship.  "Let's focus on what went wrong in your marriage."
She worked her fingers under his collar, pushing the top button through the hole.  "How can you stand having this so tight?  You can't take a full breath."
He'd been able to breathe just fine until her knuckles rubbed over his Adam's apple.  Her fingers were smooth and competent.  Despite his resolve, he could feel his arousal pulsing with each of her movements.
Buy Links
http://www.musapublishing.com/index.php?main_page=product_info&cPath=12&products_id=105
http://www.amazon.com/Mr-Forever-ebook/dp/B006PIYS6S/
Connect with Sara Daniel
www.SaraDaniel.com
www.facebook.com/SaraDanielSaraShafer
www.facebook.com/SaraShaferDaniel
www.twitter.com/SSaraDaniel


Leave a comment about your first love or first kiss by midnight February 14th to win a copy of Mr. Forever.  Winner will be chosen randomly.
Posted by Lizzie at 6:06 AM

I just talked to a friend who was a bit shy about broadcasting her first love to the world. We'll let her stay anonymous, but I will say this. Her first love happened over the summer in Wisconsin. "Northwoods, fishing and young love." So sweet!

February 10th was our 16th Wedding Anniversay ! Loved your previous book, so can't wait to read this one.

"Vbrand", congratulations! So glad to hear you enjoyed Lane to Heaven. Susie Knight is shouting on my facebook page "pick me, pick me" and I know she's living her happily ever after dream right now, so we'll throw her name into the mix too.

Northwoods Wisconsin, you are the winner. Thanks so much for sharing your story! I will email you. Thanks vbrand and Susie for participating too. I'm giving away another copy of Mr. Forever on my blog later this week http://saradanielromance.blogspot.com and I have a free short story that everyone can download here. http://www.musapublishing.com/index.php?main_page=product_info&cPath=17&products_id=192

Thanks everyone for making my first giveaway a success.