Finished DEAD Hot, the next release in the DEAD series. Thought you might want to see the cover by the amazing Kelly Shorten.

I will also be re-releasing some of the books in Indy form that I received the rights back on. Decided to dip my toe into the self-publishing area. Fingers crossed to get at least 2 out this year.

But, back to DEAD Hot.
The heroine is a shifter who is not too pleased with the form her shift takes, but its in her genes.
Our hero is a shifter too, but his little trist with a vampire has given him a lust for blood too.
Since a lot of this happens at All Halloween, Dovey, Daniel & the gang contribute to the action too.
DEAD Hot is scheduled to release October 12th at Musa Publishing. 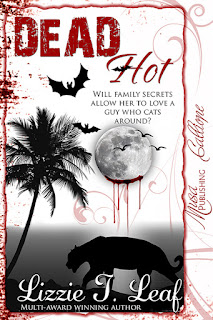 DEAD Awake, the first book in the DEAD series, will be available as a "FREE" read for Kindle readers on Saturday, 9/15.

If you enjoy humor, vampires and a little heat to warm up your day, check it out! 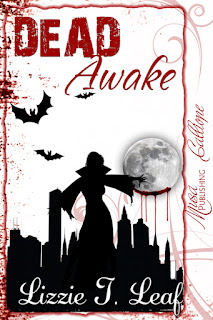 Waking up DEAD isn't a party girl's idea of a fun time!﻿

Posted by Lizzie at 5:17 AM No comments: