I don't think I'll ever forget where I was when the news broke. I'd just pulled into a parking spot at Kinko's to have copies made. An announcer broke into the program on the radio station I had on in the car and I sat there stunned. When I managed to move, I went into Kinko's and saw the horror on faces of those inside. Instead of the other errands I had planned I went home and sat in front of the TV the rest of the day. Yes, lots of tears were shed as I watched the heartbreak and pain broadcasted. 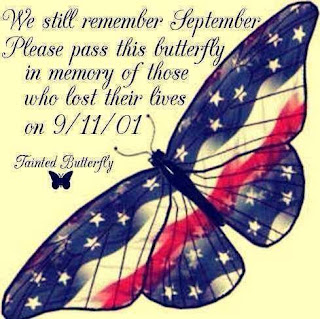 Where were you when you heard the news?
Posted by Lizzie at 10:05 AM