Wenching Up Thursday with Holley Trent

I love Holley Trent's work.  Today, she shares how she mixes the real and not-so-real in her books.

Love by Premonition (released today!) is a paranormal-themed book that I wanted to set in a realistic environment, so I constructed a world out of my ancestors’ stomping grounds. The rural setting and deep family roots of North Carolina’s Halifax County make the place ripe for some stranger-than-fiction scenarios. I like strange, so I ran with it! Now, just because a book is fiction (especially campy paranormal romance fiction) doesn’t mean the author didn’t do research. I’ve been studying Enfield’s families for more than a decade trying to unravel my family tree, so I know a bit about the history. Furthermore, I’m a North Carolinian so I know the culture.


Here are few “real” nuggets from the novel.


1 – Surnames. The names I gave my supporting characters are typical of Eastern North Carolina, and Halifax County specifically. The Silvers? Braswells? Bryants? The area is bursting with them. Although the characters aren’t modeled after any specific people, I felt like I couldn’t ignore those famous families. (And by famous, I mean “really freaking big.” If you have ancestry from that area that doesn’t overlap with one of those families, I’d be shocked. [For you genealogists stumbling onto this via Google, let’s chat, huh?])


2 – Overly dramatic locals. That’s not to say everyone in Halifax County are emotionally erratic, but in such a rural place that folks are just more comfortable putting their quirks on display. (You should see my private Facebook stream. Y’ALL. OMG. I see everything from weapon brandishing to communicated threats [e.g. “When you see my car in your yard tomorrow, come on outside and get your beat-down.”] on a daily basis.)


So, brazen tramp showing up at the mayor’s wake with a bogus will? Same audacious hussy being walloped in the street by mayor’s widow? Wish I could say I conjured that sub-plot out of thin air. (That particular subplot is actually a combination of my own family experience and, again, unbelievable Facebook shenanigans.)


3 – Rampant miscegenation. My protagonist—Marcia—explains some local history, including the ripe conditions in Enfield for creation of a tri-racial isolate. That’s a real thing. I swear. It’s a historically accurate inclusion, but the locals may not know it by that fancy phrase. They call that “skeletons in the closet.” More accurately, “skeletons in the family tree.”


4 – Hinky supernatural stuff. Hang with a born Southerner of a certain age long enough, and you’ll hear the stories. You may even start to witness some pretty wild stuff yourself. I have personally been anointed with holy oil (in my sleep) as a defense against demons. (Ahem.) So…Marcia’s grandma Sophia? I didn’t just conjure her from thin air.


Here's a brief intro of my just released novel for you; 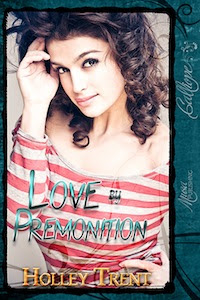 The psychic didn't go looking for love, but she should have seen it coming.


Marcia Andrews is a freelance psychic consultant. Sick of living hand to mouth, she accepts a contract with Raleigh Police. A new gang called The Cardinals is terrorizing The Triangle, and Marcia gives the department an edge in tracking them. Help that she is, one cop isn’t so keen on her involvement, and makes sure she knows it.


Detective Nat McCoy would rather see Marcia in his bedroom than the bullpen. The gorgeous Scotsman isn’t the typical chauvinist pig, though. He’s keeping a secret that even the psychic doesn’t anticipate.


A close encounter with a Cardinal’s bullet knocks Marcia off her game when the police need her most. She loses hours to trances and ghosts haunt her sleep. She can hardly function, and everything she thought she knew about playboy McCoy suddenly seems questionable. McCoy thinks he knows the cure for what ails her—him. But can she trust him?


Love by Premonition is available for purchase now at the Musa store and also at third-party vendors such as Amazon.com and All Romance eBooks.

We don't have pancakes very often, but the next time the kids sleepover going to have to give this one a try!  Marci Boudreaux not only rocks the writing world, but the stories I hear about her pancakes...yum!


Widow Carrie Gable, the heroine in Unforgettable You, has taken over the role of caregiver for her ailing mother-in-law Doreen. Determined the keep the woman in her family home for as long as possible, Carrie has agreed to board several movie stars who are filming in her small town. Though resentful of the demands placed upon her, Carrie does her best to abide by the wishes of her guests, even when she finds them over the top.


When health conscious starlet Juliet Ramirez insists that her hostess stop tempting her with fried meat and eggs at breakfast, Carrie agrees but refuses to remove her signature pancakes off the menu because, as she insists, serving breakfast without pancakes goes against everything she’s ever learned about being a good hostess.


Fresh fruit can be added if desired. Frozen fruit can change the texture of the batter, fresh is better.


Mix vinegar and milk together and set aside for five minutes to sour. (2 ½ C buttermilk can be used in place of soured milk.)


Add liquid mixture to dry mixture and whisk until combined. Fold in fruit if desired.


Serve hot with your favorite syrup.


Here's a little from Unforgettable You for your reading pleasure. 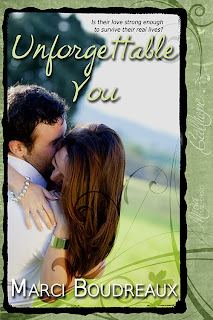 Is their love strong enough to survive their real lives?


Desperate to keep her ailing mother-in-law Doreen in the family home, Carrie Gable agrees to board a few of Hollywood’s elite actors. Despite her resentment of their demands, she can’t stop her attraction to actor Will Walker.


Will, out to save his failing career, agrees to a project that bores him. The more time he spends with his egotistical co-stars, the more drawn he is to their hostess. Long nights talking with Carrie make him realize he wants a simpler life, but his ties to L.A. refuse to let him go.


The temptation to regain stardom pulls Will in one direction while the obligation to family tugs Carrie in another. Against all odds, the couple struggles for a solution to save their new found happiness.


To read an excerpt from Unforgettable You, please click HERE.


Check out the trailer for Unforgettable You HERE.

Wednesday Travels - Dr. Who and Beyond!

The trip grows closer and our excitement increases.  The brother-in-law is ready to housesit and that should prove interesting—he is not a cat person.  But he says he can handle the Beast for a while.  One BIL realizes who controls this house, things should go smoothly.


We get to spend a few nights in London (one of our favorite cities), then down to the port for the cruise.  Received a call from the cruise line last week inviting us on a free excursion in Reykjavik—free works really well so I said yes!  As luck would have it, this was one of the ports of call we hadn’t made a decision on an excursion.


Double excited we get to end the trip with more time in London after the cruise!


For now, we’re working out what to do in London…the list is long and has to be trimmed down.  What to delete, what to delete.  I know the Dr. Who shop will stay.  Promised the teen granddarlings we’d do there and take a Sherlock walking tour.  The things one does for kids, even when traveling!

Nose to the grindstone the past few weeks and haven't blogged.  But, back in the saddle and if all goes well I'll keep to the schedule.  And there are a few changes coming toward the end of summer, but I'll save those for another day.  Today we turn to movies.

I saw and interesting interview with Steven Spielberg and George Lucas over the weekend on the future of movie tickets taking a major price increase in the future because of the expense in making these blockbuster productions. http://www.guardian.co.uk/film/2013/jun/13/steven-spielberg-george-lucas-film-industry   This made me wonder about the average movie-goer thoughts on tickets taking jumps into the hundreds.

As luck would have it, we don't have to wait long.  Turns out the new World War Z is having a special showing with tickets going for an out of my budget range for a movie.

World War Z, the new Brad Pitt movie has Paramount Pictures and Regal Cinemas betting true Pitt and zombie fans will shell out plenty for tickets…as in fifty dollars a ticket for an early showing.  In addition to the honor of an earlier viewing, for that paltry sum you will receive a pair of special collectable custom 3D glasses since the movie is in 3D.  You also get a full-size copy of a limited edition "World War Z" poster and  when the movie goes to home video a HD digital download of the film.  WOW!


Now I don’t know about you, but I haven’t met a movie I’d pay fifty dollars to go see.  Maybe if the actor was one of my obsessions and I could sit on his lap to watch the film I'd think about it.
Sorry Paramount, but if this is the sort of prices you’re looking to collect for the mega movies, then you may be in for a surprise…as in a lot of people won’t go.  Sure, there will be those who do, but hopefully they have the disposable income and that ticket isn't putting a strain on their budget.  The fact is though, your average movie goer does not have that budget, in fact, some work to scrape together the money for a ticket at current prices.  But hey, that's not your problem.  Yours will occur when the blockbuster fails because of the expensive tickets.

So Hollywood, push those ticket increases.  Continue to pay millions to the actors and work to create those expensive ways to make movies.  And let’s hope you stay in business selling fewer tickets at expensive prices.


Question for readers:  If the normal price for a movie ticket becomes $50 or more, will you pay it?  If so, how often?
Posted by Lizzie at 8:13 AM 9 comments: